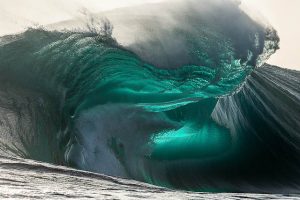 The ocean and its waves provide an excellent metaphor to help us understand this important concept.”

“From a distance we don’t see the birth and death of waves. We see only the one un-changing ocean. Without the existence of waves, the power and magnificence of the ocean is not made manifest. The very vitality of the ocean – its ‘aliveness’ – is surely dependent on this expression of multitudinous but temporary wave forms.”